The Hollywood Perception vs. Reality

Through the years, I have encountered many tourists who have a different type of perception of Hollywood vs. the reality of what it is really like.  While yes, Hollywood is the entertainment capitol of the world, the idea of being able to see movie stars by just being in Hollywood is highly unlikely, without doing a little research first. 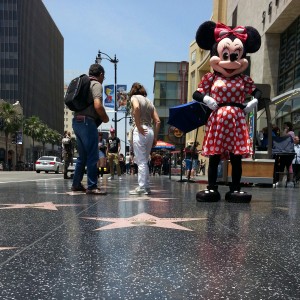 Hollywood Blvd can be a lively place

Hollywood Blvd. and the Hollywood Walk of Fame is on the list of top Los Angeles destinations to see while in Southern California.  It has legendary and iconic sites, such as the Dolby Theatre, TLC Chinese Theatre, and of course the many stars that make up the Walk of Fame.  This is a great place to take in those famous sites, but the last place I would ever expect to see a celebrity, unless you happen to arrange to be there during a movie premier.  It can almost be considered a “tourist trap” with the many street vendors in costumes requesting “tips” for taking a picture with them, to endless cheap souveneir stores, and people trying to sell their tours. Keep that in mind as you navigate down the street with endless requests for your time and money.  If you are interested in a tour, I always recommend the reputable and #1 Hollywood Celebrity Tour Company – Starline Tours – Book Online NOW and Save $5!

During movie premiers, Hollywood Blvd. between the blocks of Highland and Orange is blocked off, only allowing pedestrian traffic.  Barricades are set up with people lining these waiting to catch a glimpse of the star in the featured movie, and if they’re lucky, an autograph.  The last time I was in Hollywood for a premier was for the movie Oblivion, featuring Tom Cruise.   People wait for hours just hoping to catch a glimpse, which is exactly what I did.  I saw good ‘ol Tom for a few seconds, and not even up close, because most of the die hards who do this regularly camp out for way longer than I would be willing to, in the area closest to the drop off point.  Promoters can hand out free t-shirts for the movie during the wait time, at least making you feel like you get something for the wait.  Once the star steps out, it is only for a few moments.  I have a friend who almost makes a full time job of going to movie events and premiers, and has also scored lots of great photos with famous faces.  But it doesn’t come easy.  You have to do your research, learn where to go, and wait for hours just to possibly have a chance for a photo or autograph.  A chance that is not guaranteed.  Oscar night is another time that there are guaranteed movie stars on Hollywood Blvd, however security is so tight, you have to have special access to get anywhere close.

Universal Studios- An Amusement Park That Doubles as a Studio 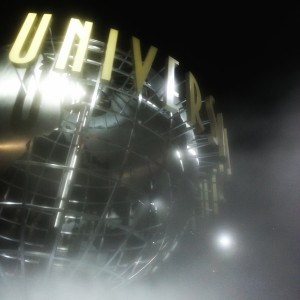 Universal Studios is a popular destination because of the Studio Tour

Universal Studios is also another hot spot for tourists.  It is most known for its popular Studio Tour on the back lots of Universal, featuring King Kong 3D and a simulated earthquake, along with the many movie sets.  The studio tour is a fun thing to do as expected, but again, the chances of seeing a movie star back lot is highly unlikely.  Some of the movie sets are pretty fascinating, and it is surprising to see how small they are in real life.  For an even greater experience back lot, you could purchase a VIP experience ticket, allowing you to tour in a smaller van with just a handful of people.  In the VIP tour you can see the sets up close and actually walk in some of them.  Tickets for the VIP experience range from a $299 to $329 per person, but you get a far more experiential tour.  As for the rest of the amusement park, the rides are mediocre, in my opinion.  Most are in the fashion of a 3D adventure where glasses are needed to see screen projections better.  I also find it difficult to navigate the park with a stroller.  The park is situated on a hill having the main park on one level, the Studio Tour on another, and the lower lot on yet another.  The tram to the lower lot for strollers and handicapped can take awhile.  Getting to the Studio Tour lot is as simple as an elevator, for those unable to use the escalators, while getting to the lower lot requires an elevator followed by a ride in a small bus.  To me, the most reliably interesting part is the Studio Tour.  It is also available in Spanish and Mandarin.

Go to Where the Stars Are

The reality is that movie stars are people too, and they go grocery shopping and to Starbucks just like everyday people.  The trick to seeing a movie star is to go to their local environment.  The paparazzi make a living of it.  They know what areas are the hotspots and for whom.  One of the best ways to see what that is like is to take the StarLine Tours TMZ tour.  It by far would be the best and easiest way to head to those typical “honey pots” of the famous.  StarLine Tours is a reliable company that will deliver a great experience.  They will tour you around in an open air van that can actually be quite relaxing.  Without having to put to much time and energy into researching and going it alone, I believe it is a good choice to go with such a reputable brand partnership of TMZ and StarLine Tours.

Los Angeles is the Mecca for Filming Locations

Another great opportunity to see movie sets is to go to actual locations throughout Los Angeles.  If you have a favorite movie, research that movie’s filming locations, and you will most likely be able to find locations throughout Los Angeles that it was filmed at.  Of course, some movies are filmed entirely at locations other than Southern California, however, will most likely have scenes still filmed in Los Angeles.  It is a great way to get to see locations for free without having to pay for a studio tour. If you want to take a tour that does the research for you, choosing a Movie Locations Tour, such as the one presented by Turner Classic Movies and StarLine Tours is another great choice. This is also a great option to avoid having to deal with that pesky Los Angeles traffic.  You can just sit back and relax, with your camera ready!

Options For Taking a Studio Tour

Speaking of studio tours, there are lots of other great studios that offer tours that are not as amusement themed as Universal.  Warner Brothers, Sony Pictures, and Paramount are a few of the other big studios that have great options for seeing movie and television sets.  They can offer a smaller, more intimate touring experience also, and generally are a bit less than the admission price to Universal.

Be Part of a Live Studio Audience

Another great experience is to be part of a studio audience. There are several websites that you could get tickets for being part of the filming experience.  Jimmy Kimmel and Ellen DeGeneres are just 2 of the many audience opportunities that you could participate in.  This is a fun option because you get the ultimate filming experience, a guaranteed celebrity viewing, and the chance to possibly be on TV!  And the best part is, they are often FREE tickets!  Try to plan for these a little in advance if this sounds like fun to you, because there may not be filming on particular days, or they may be already out.

Whatever you choose to do on your trip to Los Angeles, some type of Hollywood adventure needs to be on your list.  Be focused on what you really want, and choose your activities accordingly.  Determine if you want to see movie stars, iconic locations, or do you want to be part of the action?  Do you prefer to do it on your own, or are tours more preferable? If a sampling self guided tour is something that sounds good, you can check out my 8 Hollywood Destinations in 8 Hours Tour, that gives you a one day sampling through some popular and offbeat destinations in Hollywood and Griffith Park areas.  Now, get out there and go experience Hollywood!